Here is my second build. Fantastic kit by Ebbro with a series of aftermarket and scratch build details.

In 1964, F2 regulations were revised to allow the use of pure racing engines of up to 4 cylinders and 1000cc capacity. In those days, many Formula One drivers also raced in Formula Two, making it a very popular category. honda decided to enter F2 with its own engine, partnering with Jack Brabham and his team.

The 1966 season was a complete turnaround from the poor results of the previous year. Starting with the 1-2 finish in Goodwood the Brabham - Honda team went on to win a string of 11 races in a row and won the championship in 1966. 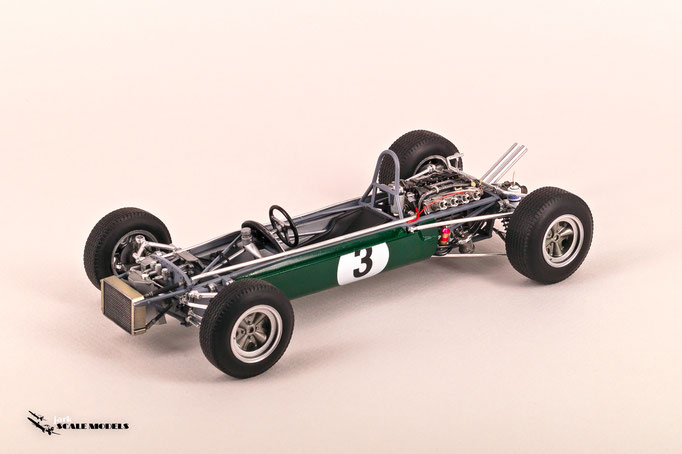 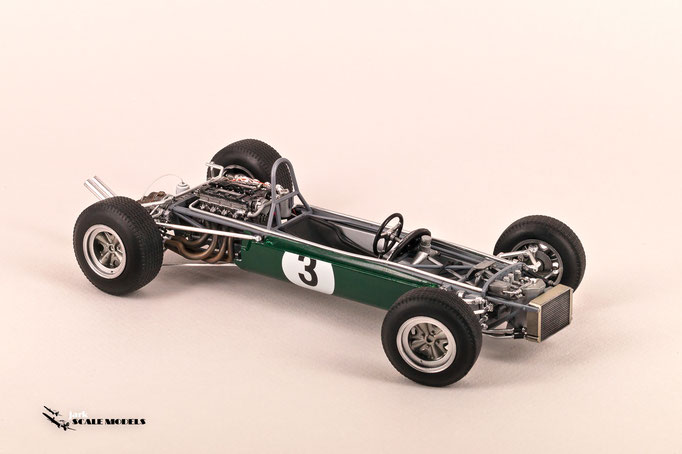 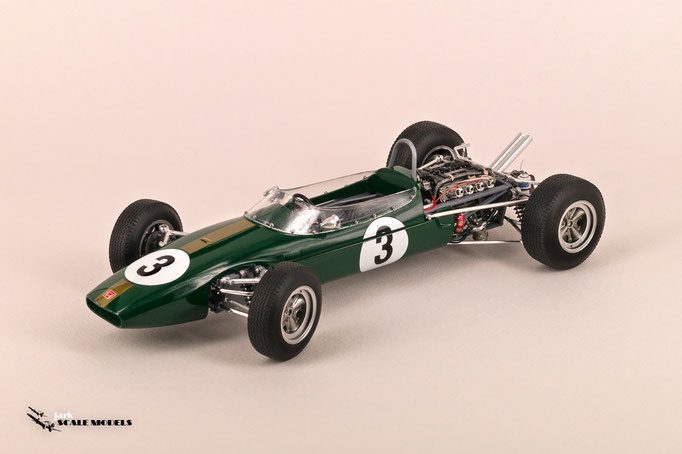 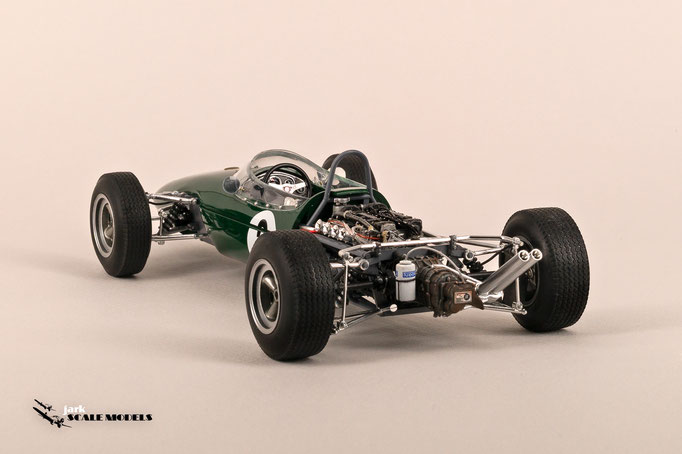 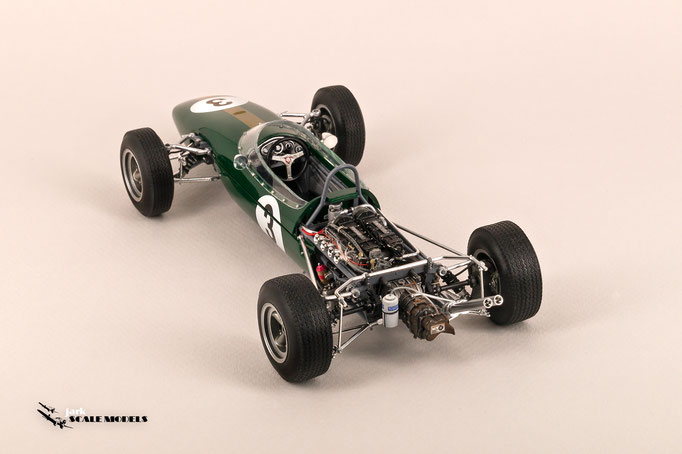 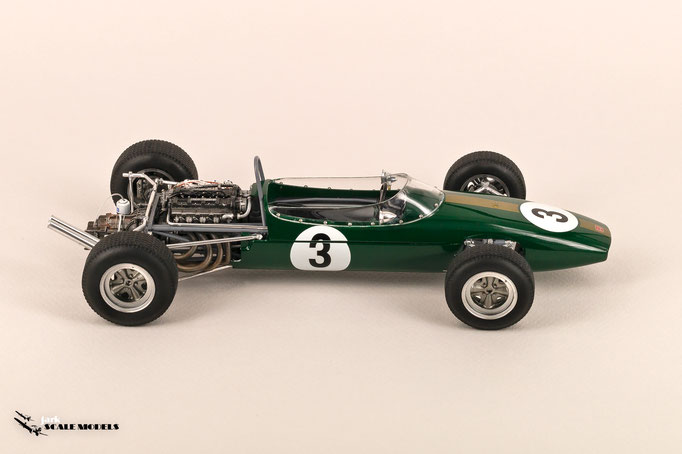 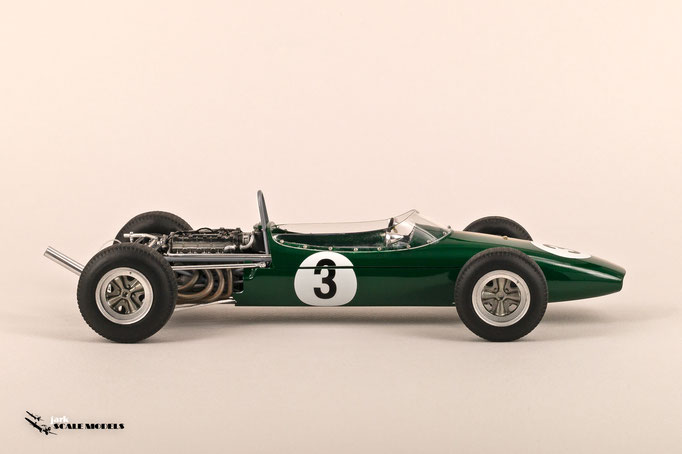 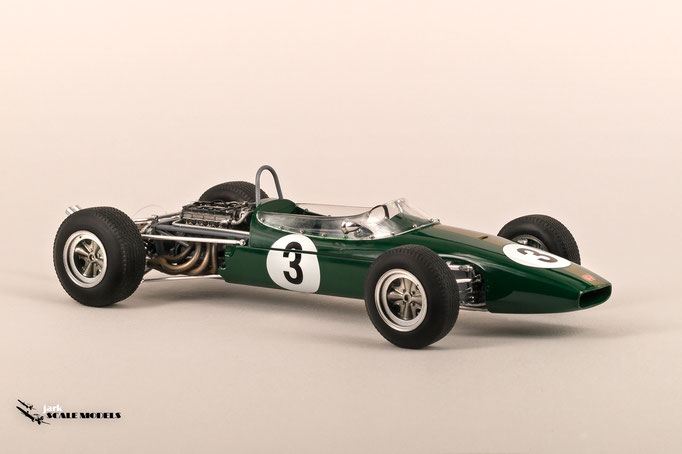 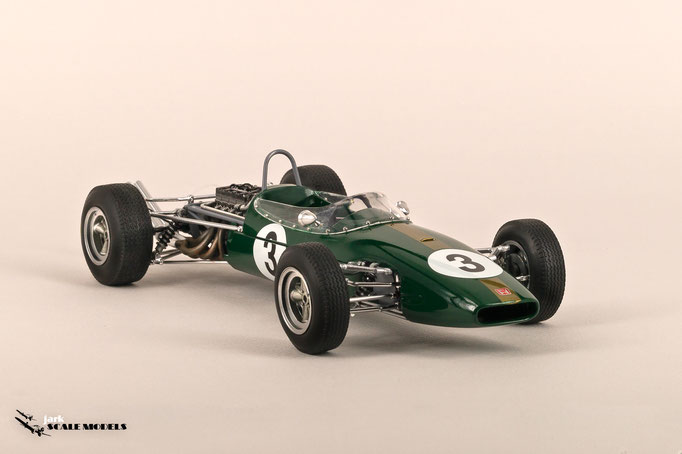 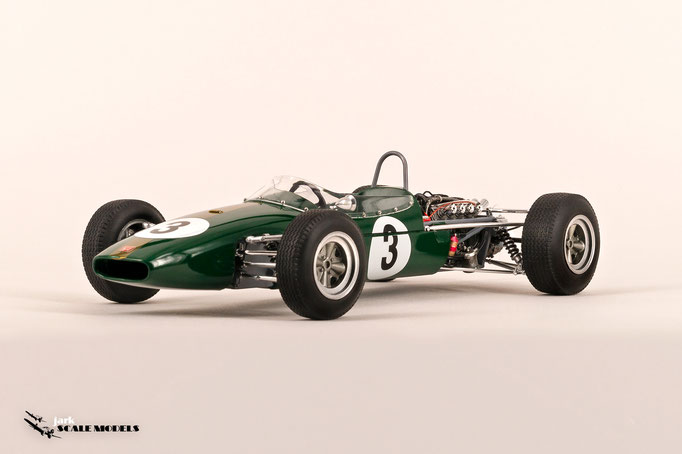 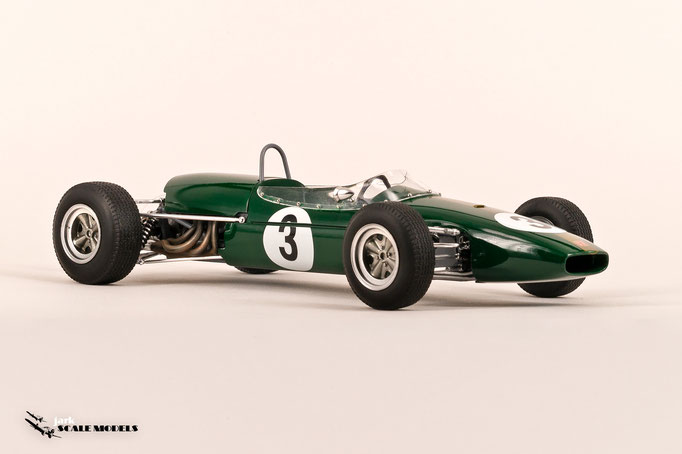 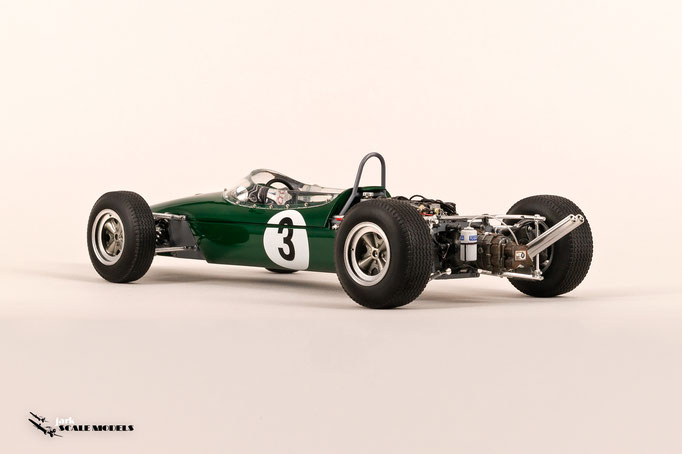 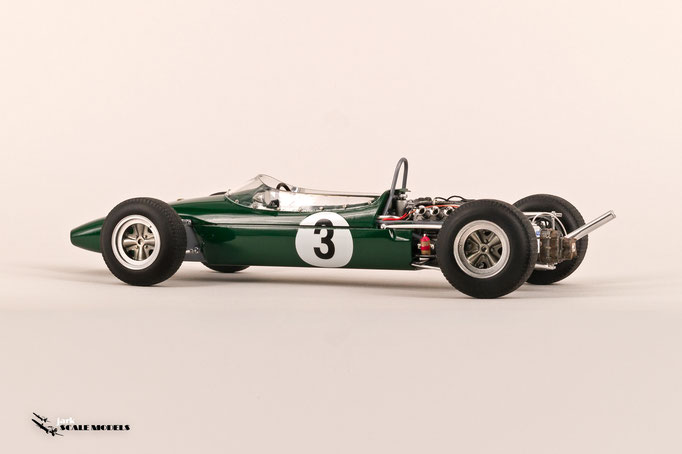 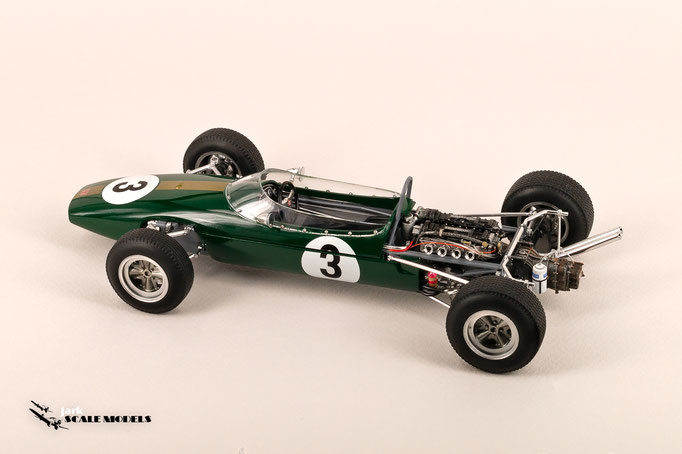 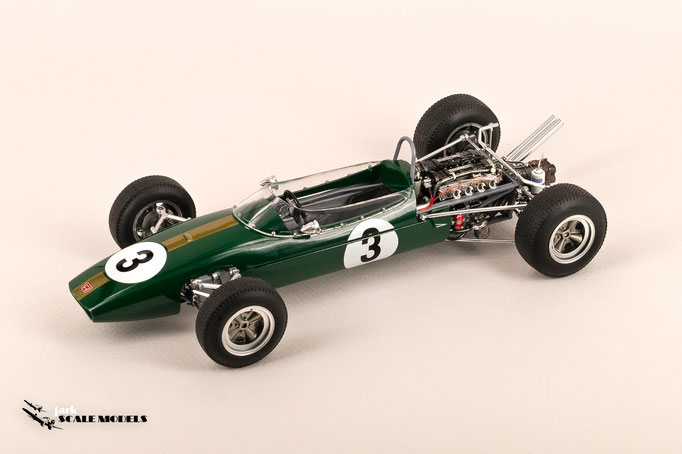 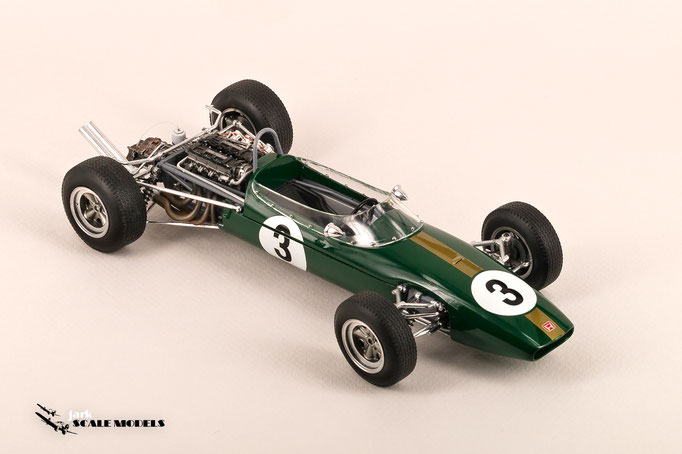 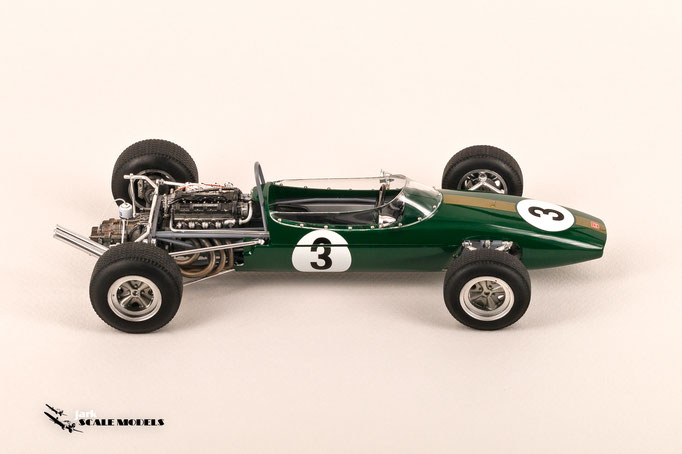 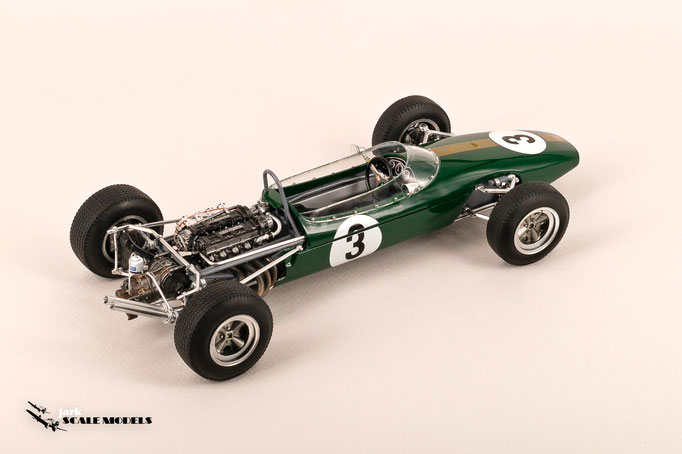 go back to Cars