The Messerschmitt 109 G-6 was the most numerous sub-type of the Luftwaffe’s basic front-line fighter. Equipped with Daimler-Benz DB 605 A-1 engine rated at 1574 hp, it was able to reach the speed of 640 kph at 6000 metres.

Following several modifications, the type served in the first line until mid-1944. Some of the aircraft were assigned to fighter pilot schools, including the so-called combat training units.

The Tamiya kit has a great fit but did not have too much surface detail, so I've added the rivets. 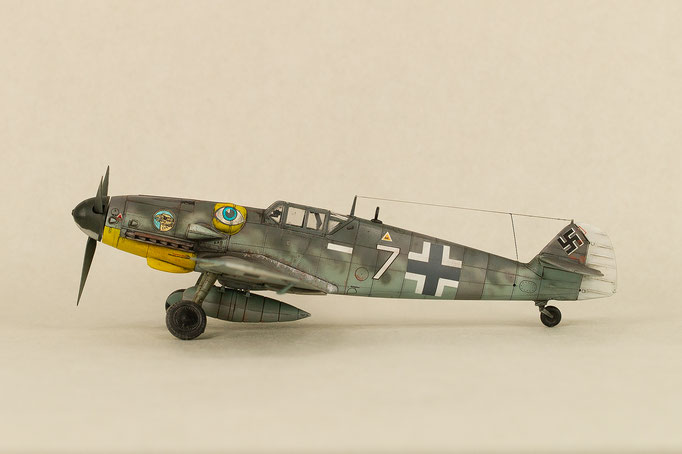 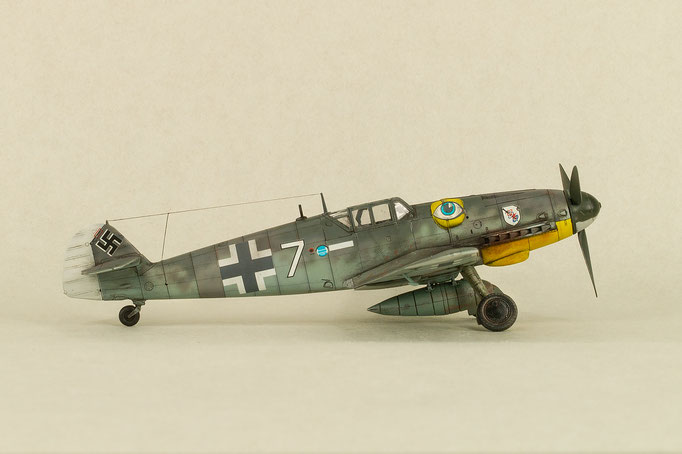 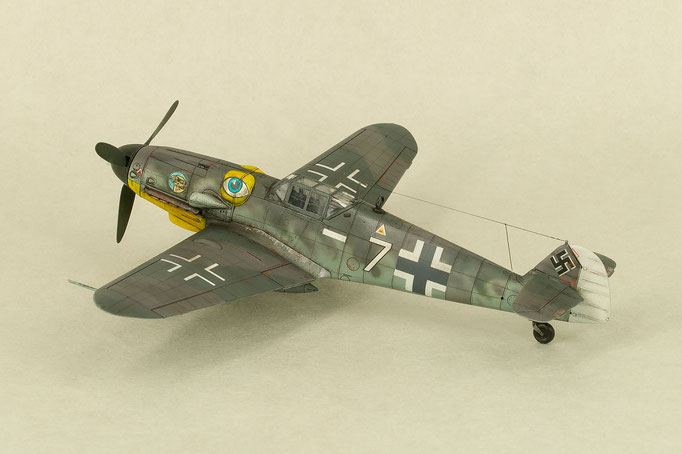 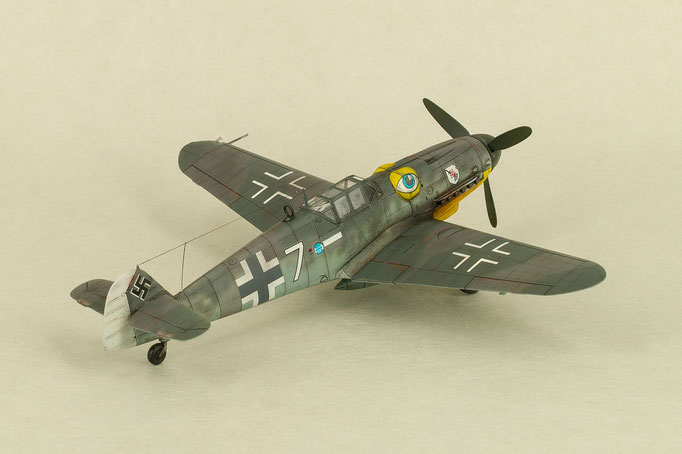 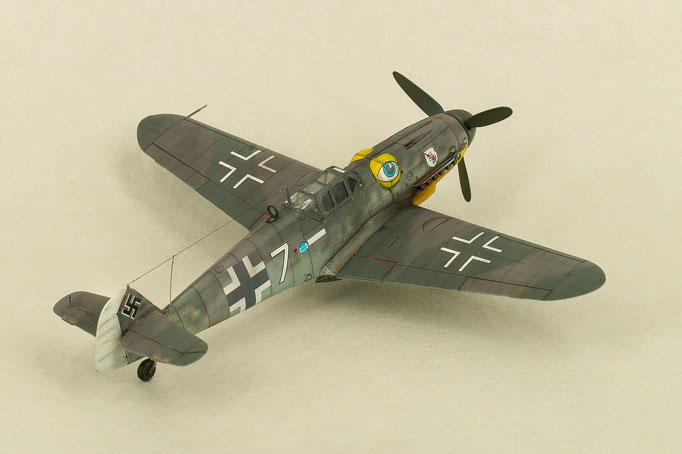 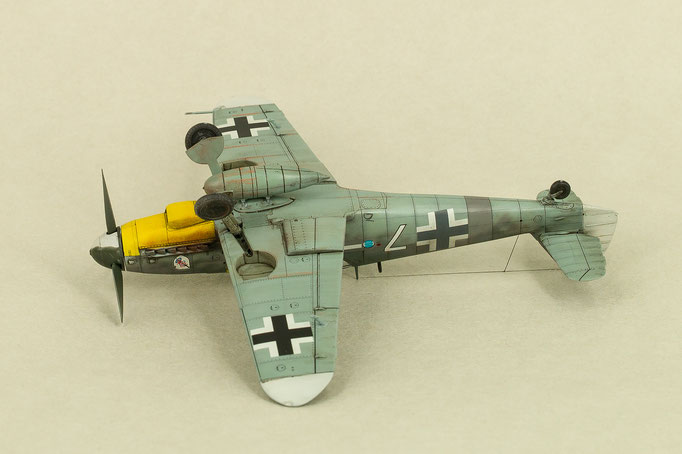 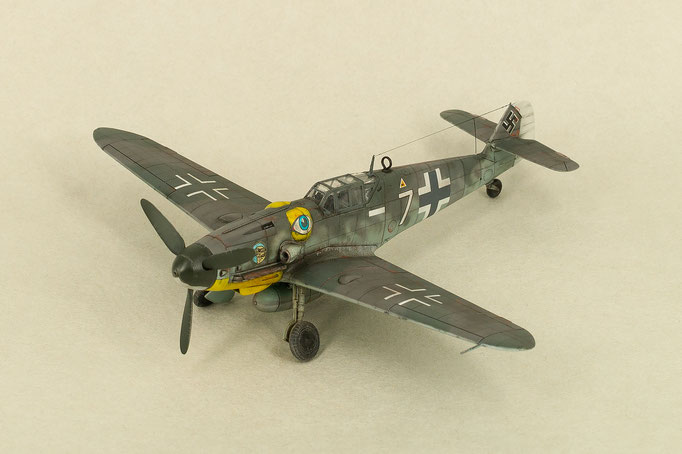 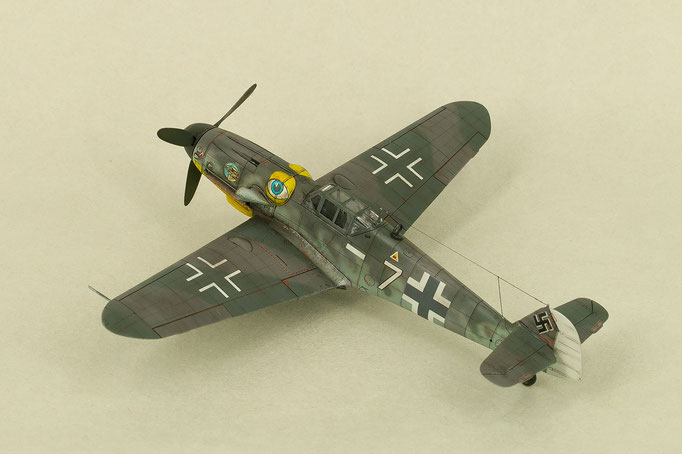 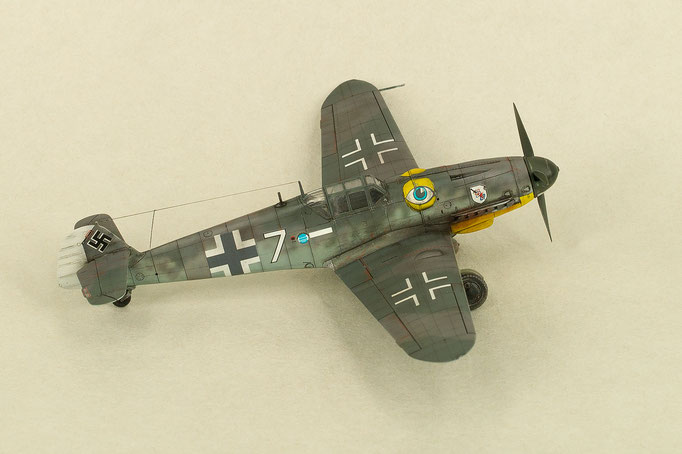 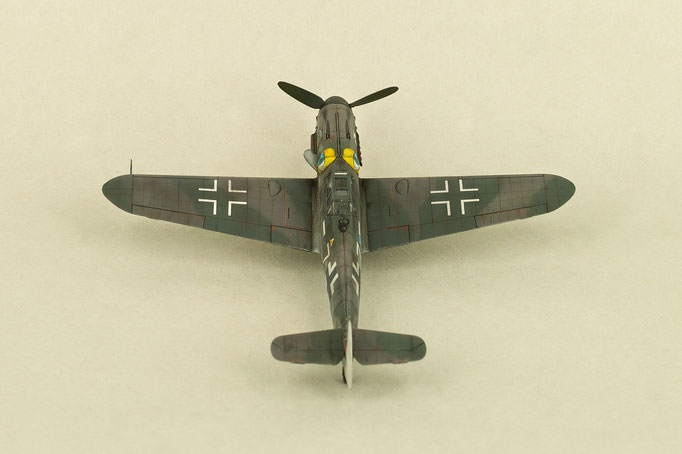 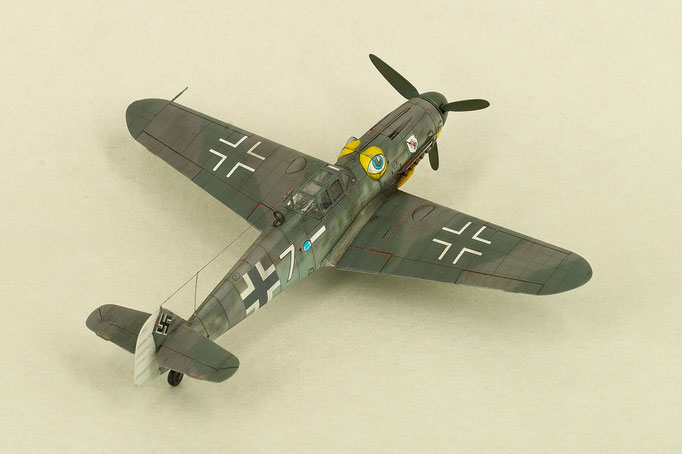 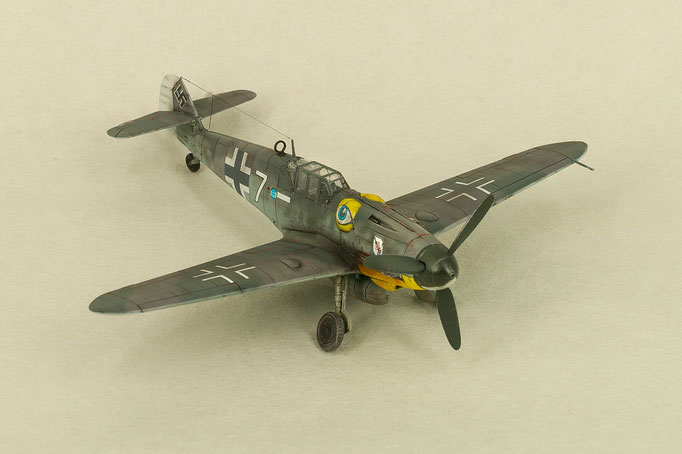 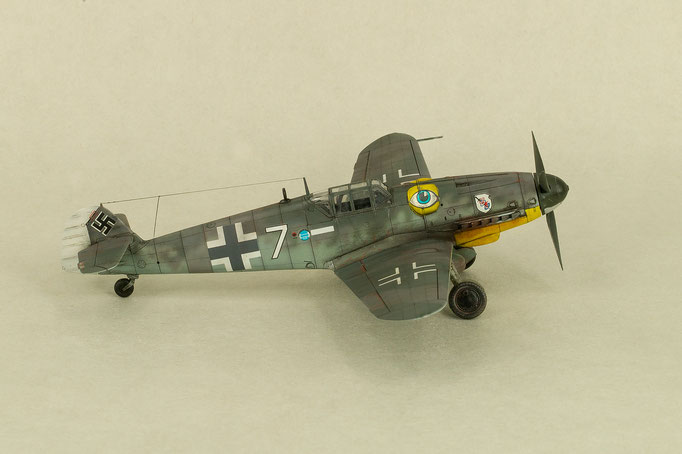