This is a scheme seen many times before, but I need it to do mine!

He flew this aircraft about a month from August 24th, 1942 to September 25th. Flying this plane he was credited with 49 shots down of Allied forces aircrafts. This was the last Friedrich (F) he used. On September 30th, 1942 piloting a Messerschmitt Bf 109G-2/Trop he lead 3rd Staffel during the escort of Stuka Staffel. His cockpit filled up with smoke upon his return to the base and he was forced to catapult himself. His attempt was unsuccessful, during his catapult he hit the rudder of his aircraft, consequently he lost consciousness, his parachute then failed to open and the fall to the ground became fatal for him. After Marseille’s death, W. Nr. 8673, served at 1./ SG 2 where it got lost after being hit by flak south of El Alamein on October 22th, 1942.

This aircraft is painted RLM 79 on the upper sides and all over the sides of the fuselage, this was an irregularity. The undersides were camouflaged by RLM 78. The camouflage was complemented by the marking of the aircraft flying in the Southern Front – white wingtips, white propeller spinner and white band on the tail of the aircraft. The engine cover had I. Gruppe JG 27 emblem on both sides.

Because the camo was overall quite simple I spent a long time giving variation to the base RLM 79. I've used two shades from AK real colours (RC282 1941 and RC283 1942), I then mixed them and used also some lighter and darker shades. Theres is pre and post shading, filters, panel lines washes a bit of modulation and then I finalised everything with some minor weathering and chipping.

The figure is clearly not Marseille (nor the jacket seemed right for the desert!) but unfortunately it was the only one I had at the moment (will replace if I found one correct one of him in 1/48th scale) 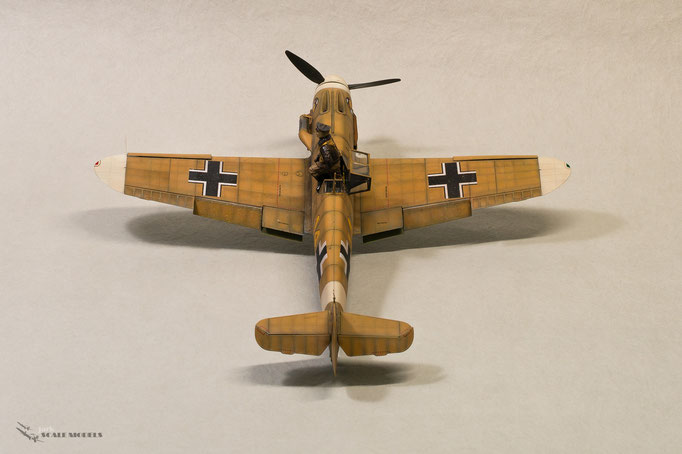 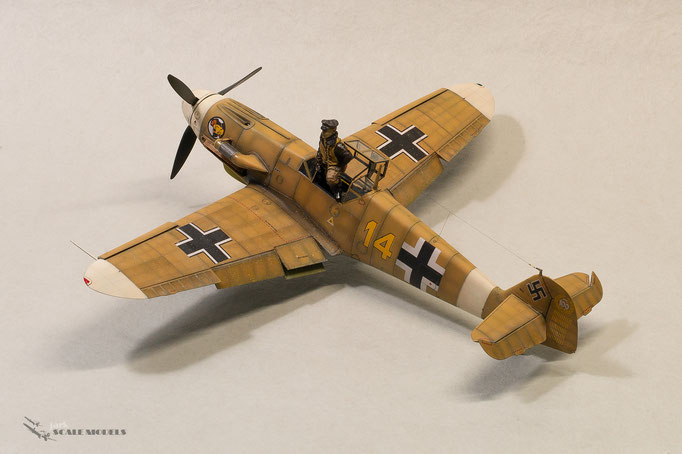 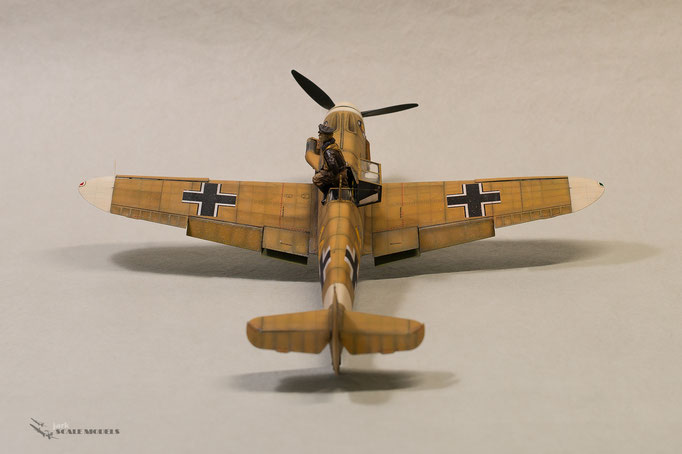 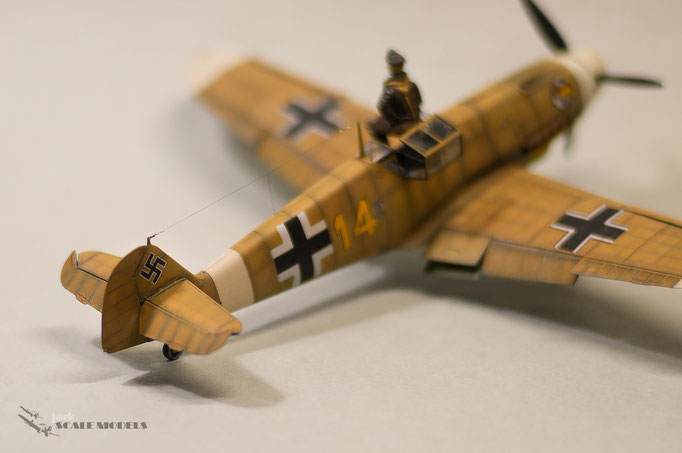 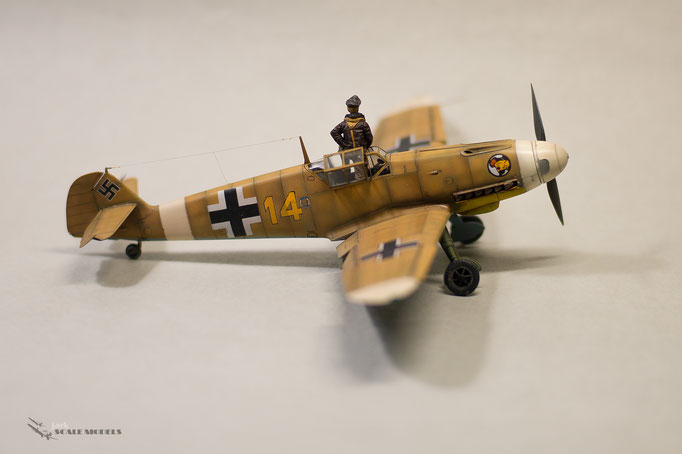 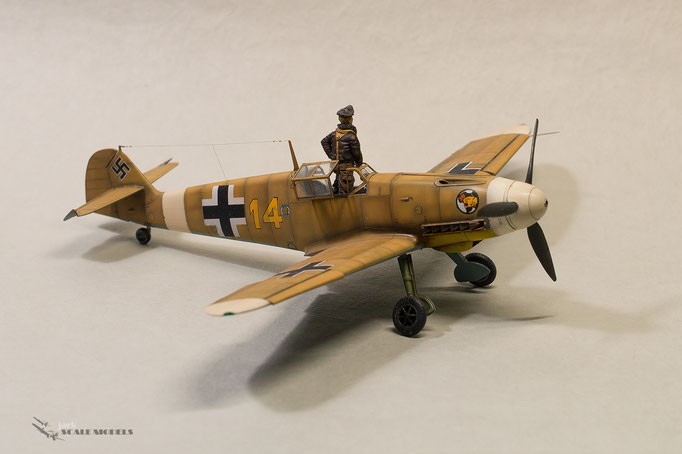 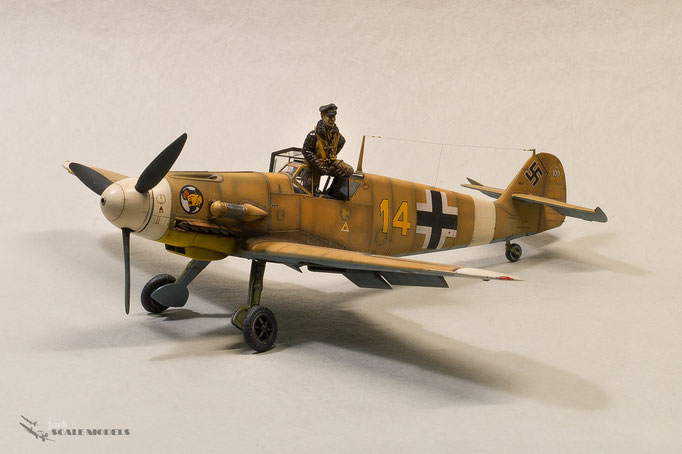 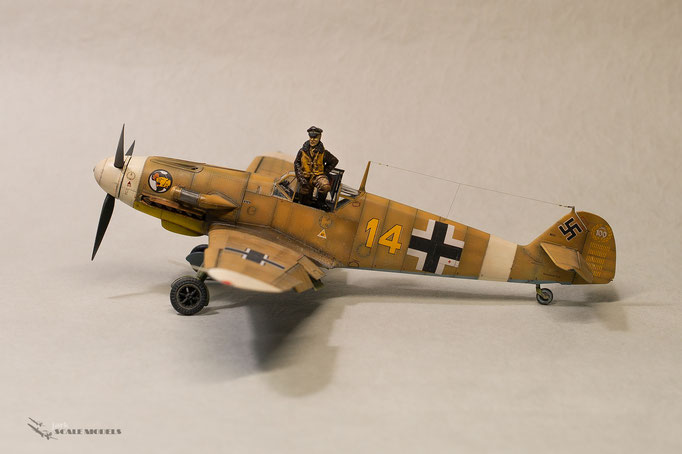 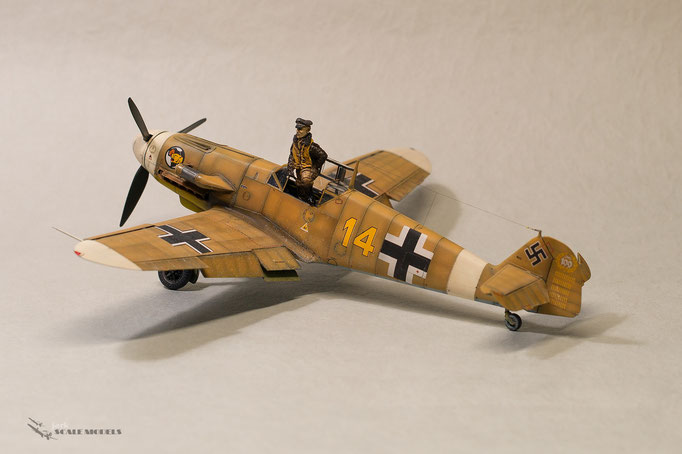 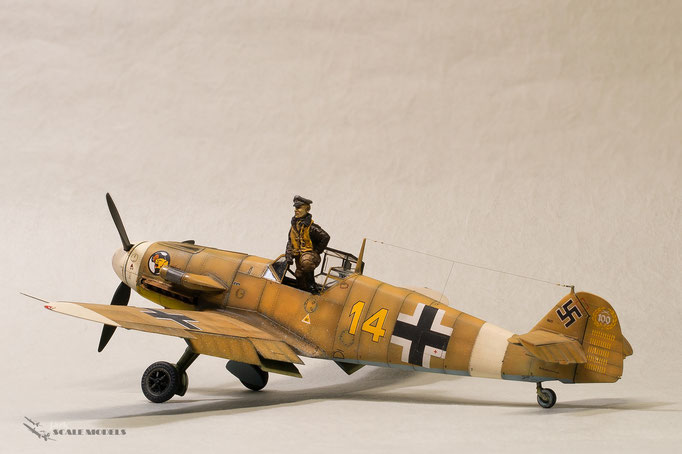 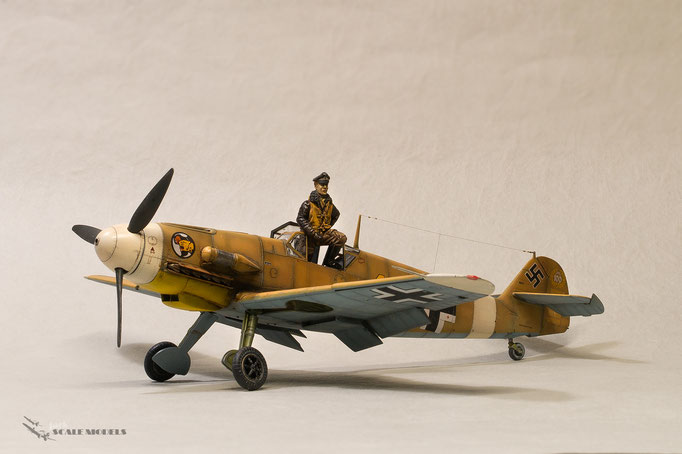 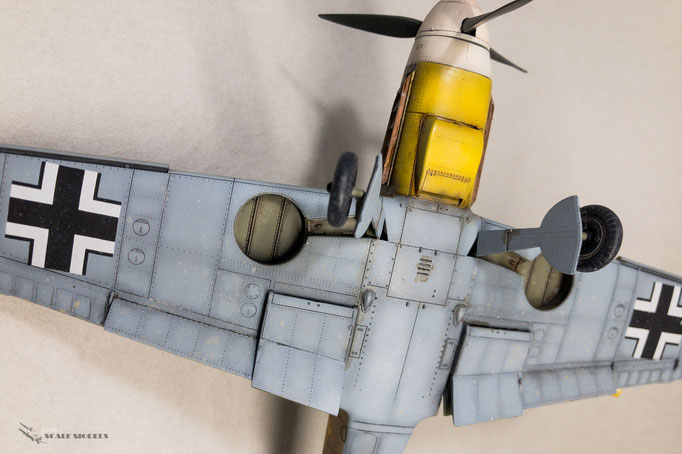 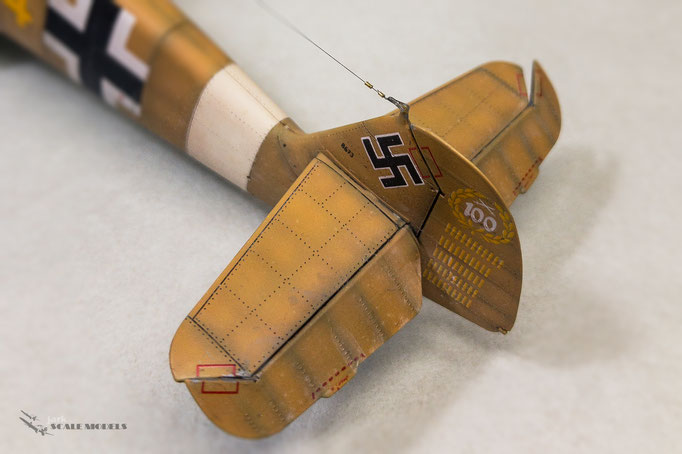