The Eurofighter Typhoon is a European twin-engine, canard delta wing, multirole fighter developed by NATO allies UK, Italy, Spain and Germany.  The first prototype of the finalised Eurofighter made its first flight on 27 March 1994. The aircraft's name, Typhoon, was adopted in September 1998 and the first production contracts were also signed that year.

The Eurofighter is a highly agile aircraft, designed to be a supremely effective dogfighter in combat. Later production aircraft have been increasingly better equipped to undertake air-to-surface strike missions and to be compatible with an increasing number of different armaments and equipment, including Storm Shadow and Brimstone missiles.

The Typhoon had its combat debut during the 2011 military intervention in Libya with the UK's Royal Air Force (RAF) and the Italian Air Force, performing aerial reconnaissance and ground-strike missions. The type has also taken primary responsibility for air-defence duties for the majority of customer nations.

The kit from Hasegawa is excellent. Great fit, fantastic detail, lots of weapon configurations and that amazing hard plastic that characterise them. I added the rivets and one or two extra details. Painted with Ak interactive Real colours Lacquers and weathered with Abteilung 502 oil paints.

Eight Eurofighter Typhoon aircraft from German Air Force Jagdgeschwader 74 (JG 74) took part in a two week ‘Red Flag’ exercise in Alaska alongside American, Polish, Japanese and Australian air forces. Eurofighter Typhoons were deployed from their home base in Neuburg, Southern Germany, to Eielson Air Force Base to participate in the internationally renowned exercise. 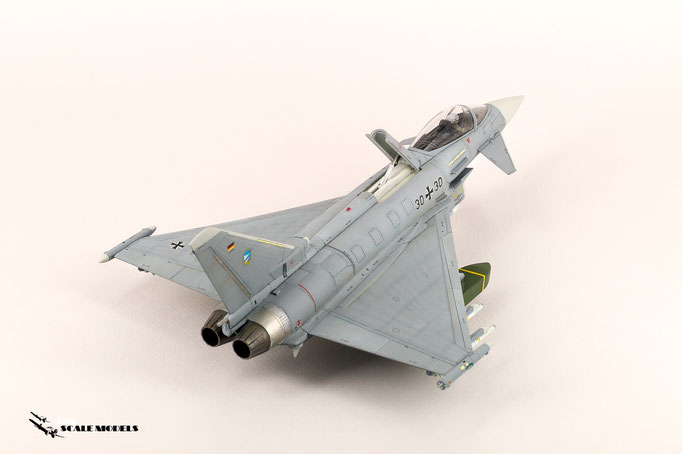 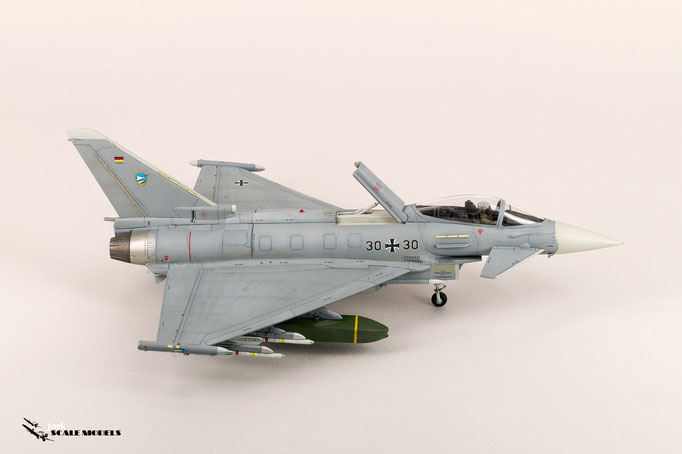 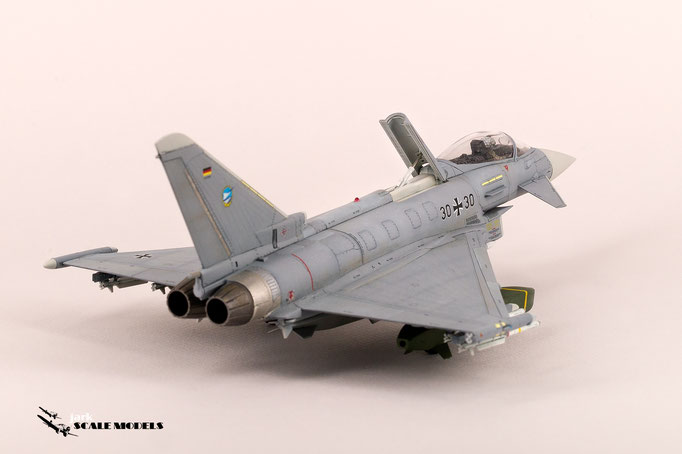 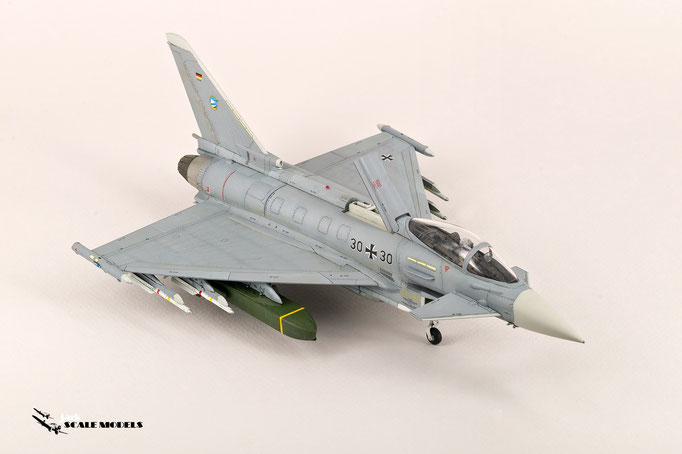 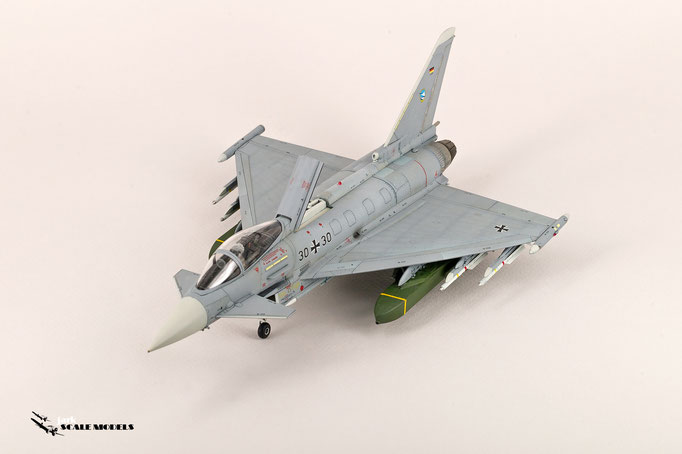 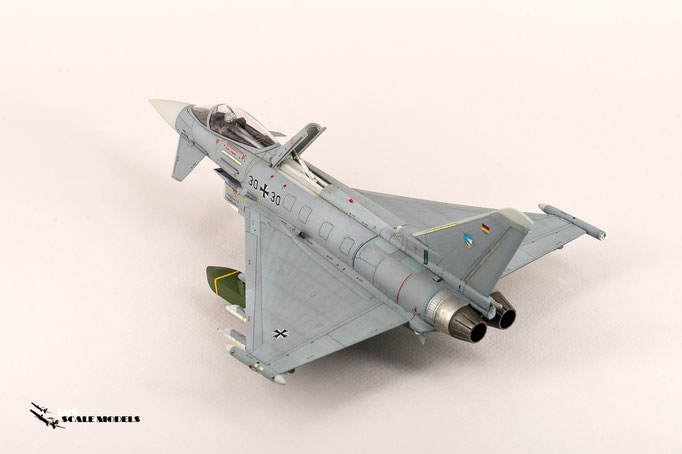