I couldn't resist and I did the cat mouth camo.

Gordon Arthur Stanley, born on July 13th, 1921, in Seattle, Washington state, shot down 8 enemy airplanes in the course of World War Two, all achieved flying with VF-27. This unit became famous thanks to its unique marking - cat mouth and eyes, painted by Robert Burnell on all noses of the Hellcats belonging to this unit. Most of the Hellcats sporting the cat mouth with eyes was destroyed on October 24th, 1944, during the Battle of Leyte Gulf. The aircraft ended up on the ocean bottom together with Light Aircraft Carrier Princeton sunk by the single bomb launched from the D4Y Suisei (Judy) dive-bomber. Afterwards VF-27 operated from the board of CVL-22 Independence, however without the cat-mouth and eyes markings. 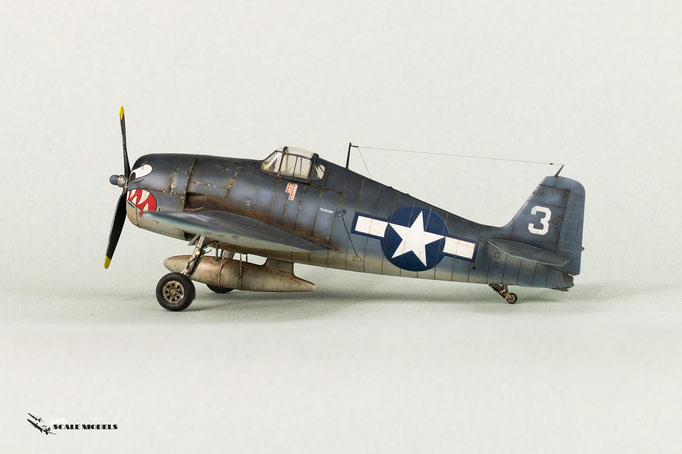 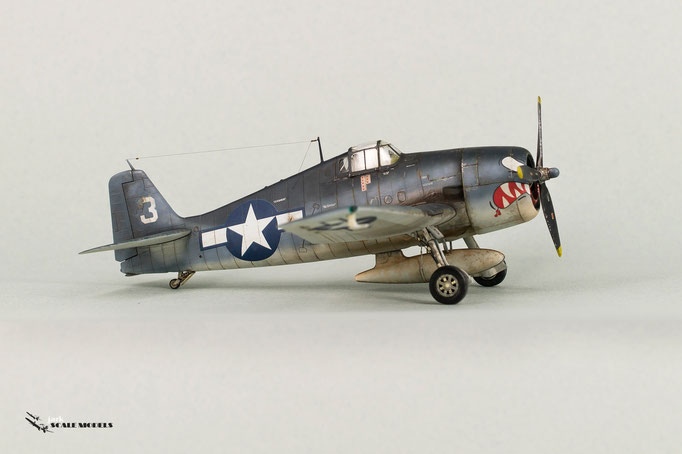 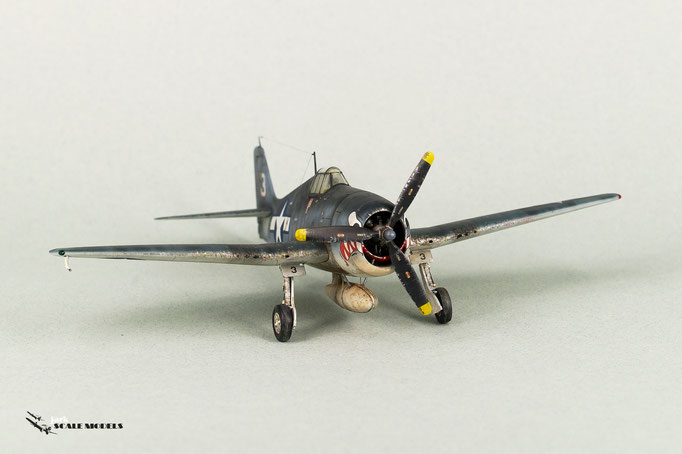 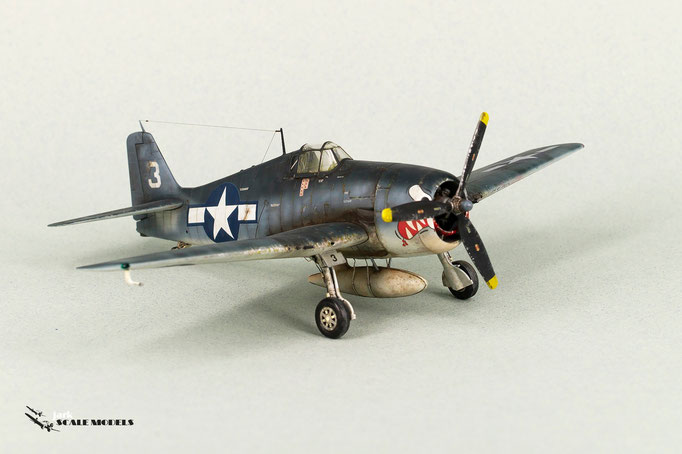 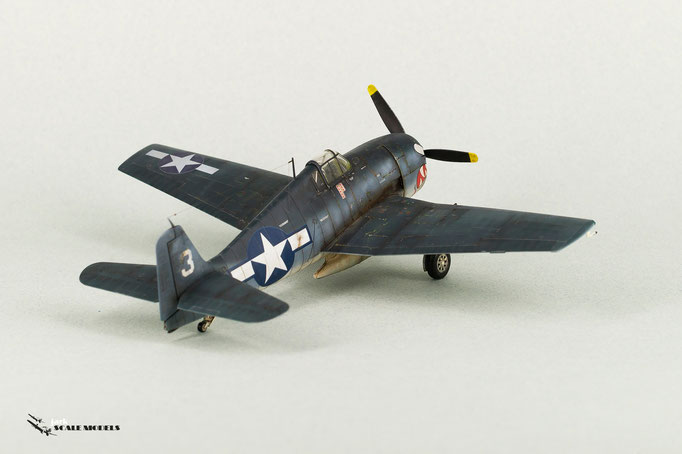 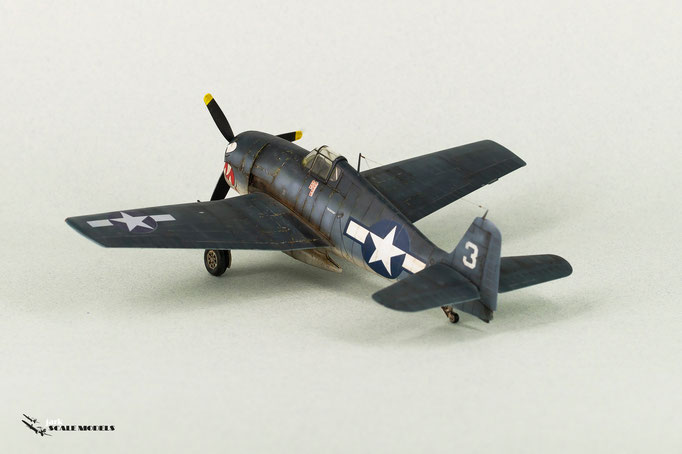 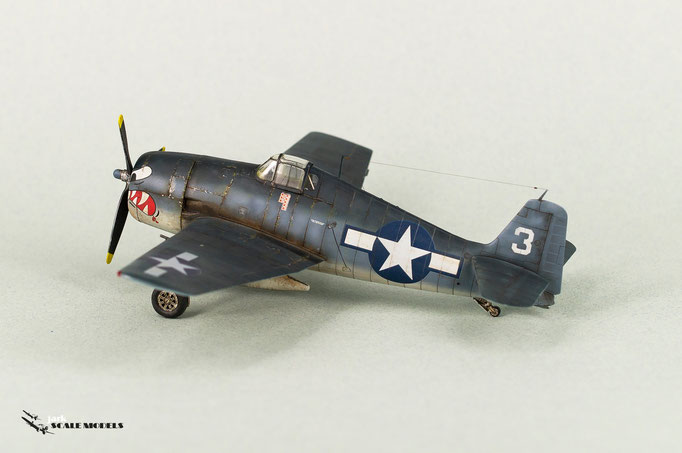 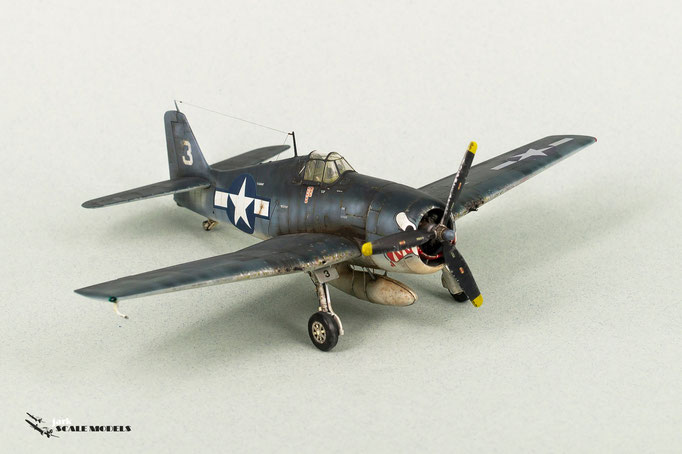 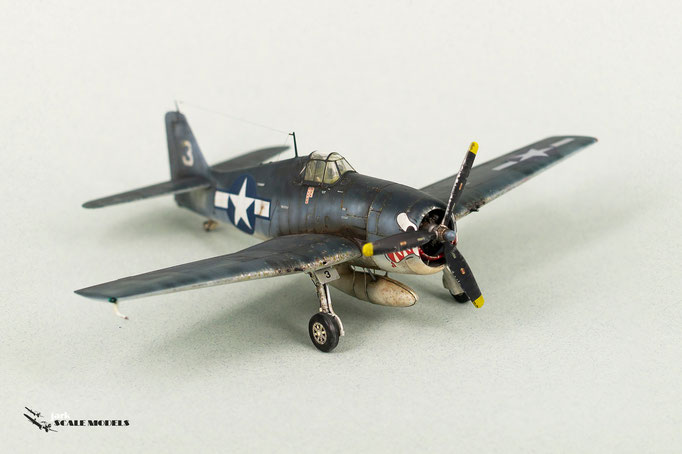 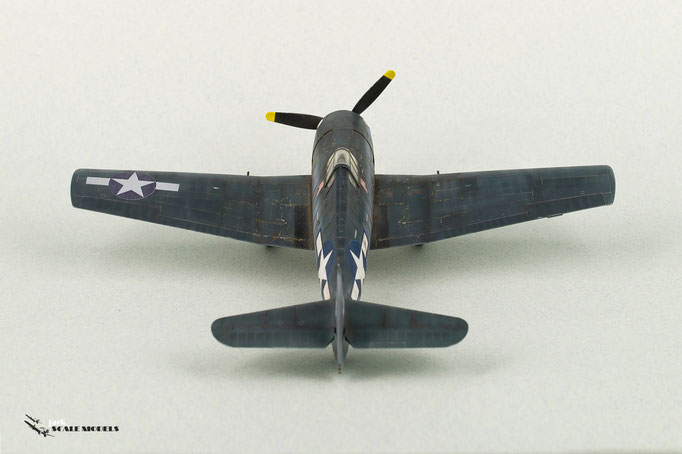 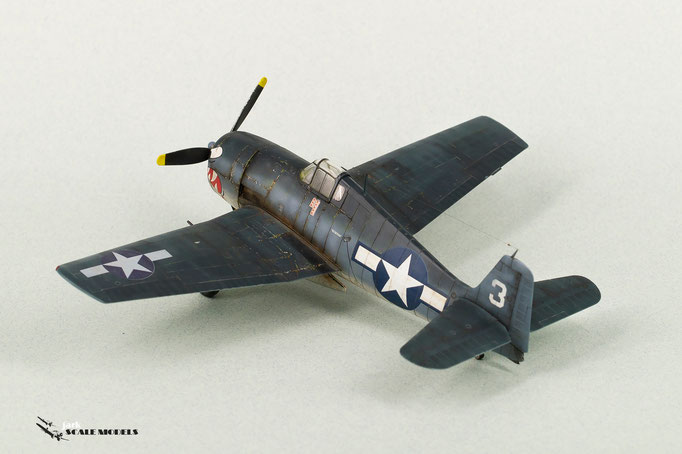 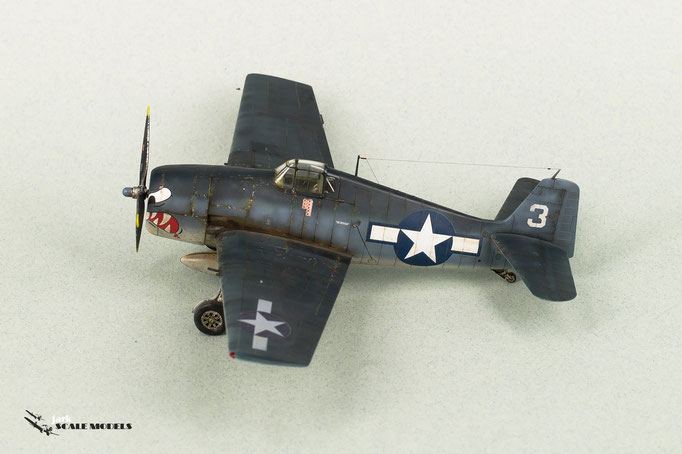 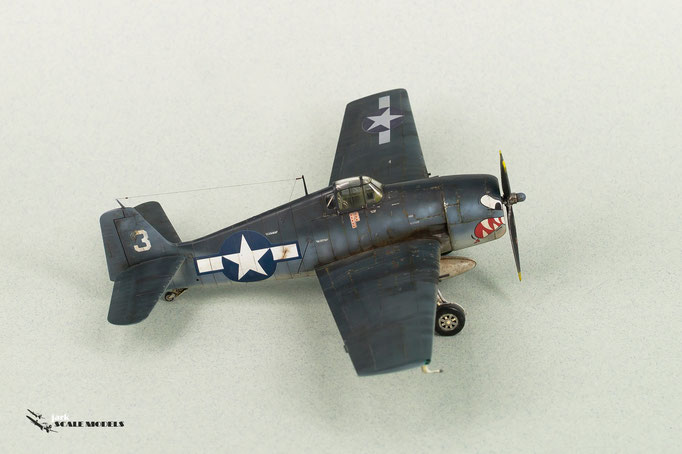 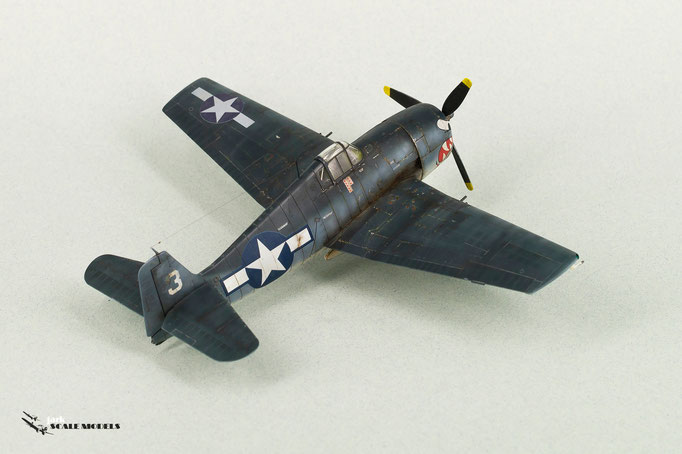 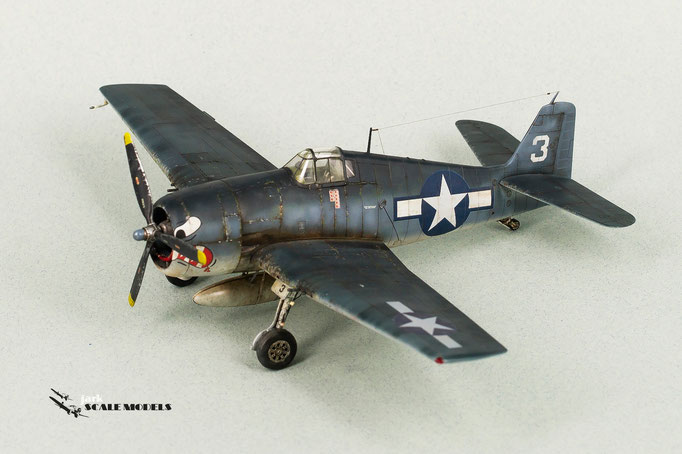