The Supermarine Spitfire requires no introduction. Together with the Messerschmitt Bf 109 and the Mitsubishi A6M "Zero" is probably the most famous and recognisable plane of WW2, and certainly the most beloved one. I'm presenting the Mk. IXe variant.

In the early months of 1942, with the clear superiority of the Focke-Wulf Fw 190 over the Spitfire VB, there was much pressure to get Spitfires into production using the new two-stage supercharged Merlin 61 engine. In September 1941 the Spitfire Mk III prototype N3297 had been converted by Rolls-Royce at their Hucknall plant to take a Merlin 60, which had been specifically designed for use in the Wellington Mk VI high altitude bomber. The Mk.IX could climb at 4,000 feet per minute. The RAF finally had a fighter aircraft capable of opposing the Fw 190A. Three main versions of the Mk. IX were produced. The F.IX was powered by the Merlin 61 and was the only version on the assembly line in early 1943. The next version was the LF Mk.IX powered by the Merlin 66. This engine was designed to do its best at low altitudes. The third version, manufactured along with the LF, was the high-altitude HF Mk.IX with the Merlin 70. The majority of Mk.IXs manufactured were equipped with the so-called 'C' wing. Four 20 mm cannons or two 20 mm cannons and four .303 machine guns could be installed in the wings. From 1944 the strengthened 'E' wing was produced. Four .303 machine guns were replaced with two .50 heavy machine guns. Bomb racks for 250 lb bombs were fitted under each wing typically. The Mk.IX became the second most numerous version of the Spitfire with a total of 5653 examples being built. The Mk.IX began to replace the Mk.V from June 1942. Thanks to the new fighter, the RAF was ready to fight against the Luftwaffe over occupied Europe. Spitfire Mk.IXs served with the RAF to the end of the war. In the postwar era, foreign air forces flew this version as well. Czechoslovak, Norwegian, Danish, and Canadian air forces operated numbers of Mk.IXs and they were not alone. Spitfires would find themselves in combat again.

The Kit from Eduard is fantastic with great fit and detail for the scale probably one of the best I've done and I totally recommend it!.

Czechoslovak pilots flew the Spitfire Mk.IXe for the first time during the Normandy landings. Czechoslovak RAF squadrons were re-armed with low-altitude Merlin 66 Spitfires because these had underwing bomb racks and were more suitable for operations over the Normandy beachhead. The first unit to get the new Spitfires within No. 134 Wing was No. 312 Squadron, which received the aircraft on June 11th, 1944. The E-type wing Spitfires served with the wing till July 3rd, 1944 when the F and HF.IXc machines arrived and the LF Mk.IXe were passed on to other units. Photos of PL124 show that the quick identification black & white bands were not fully painted on the fuselage. The black stripes are missing. Note the dark, probably blue, rudder tip. 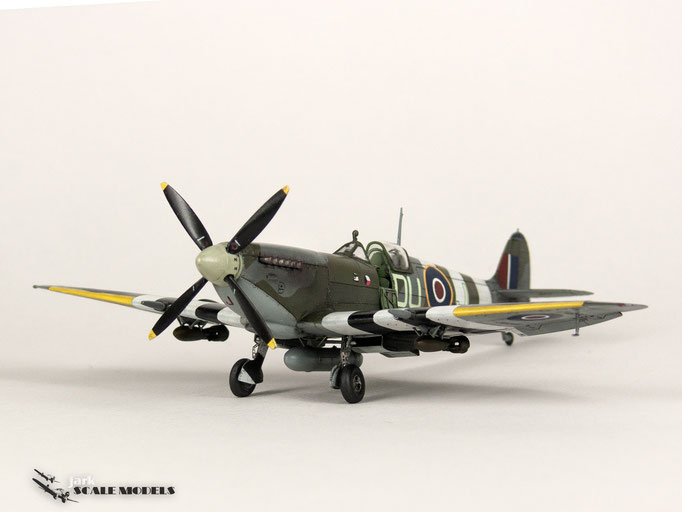 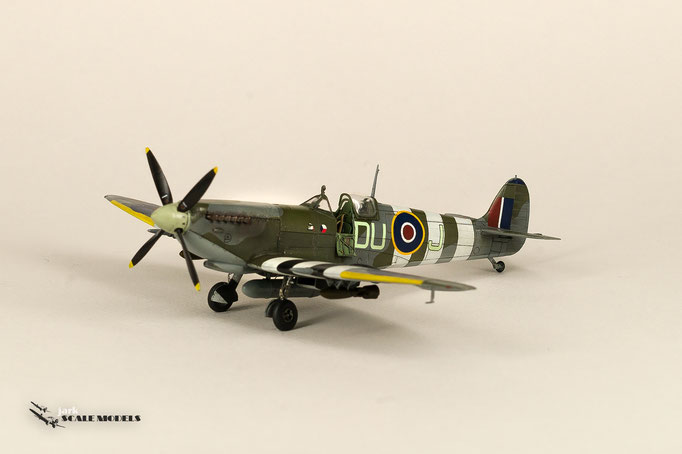 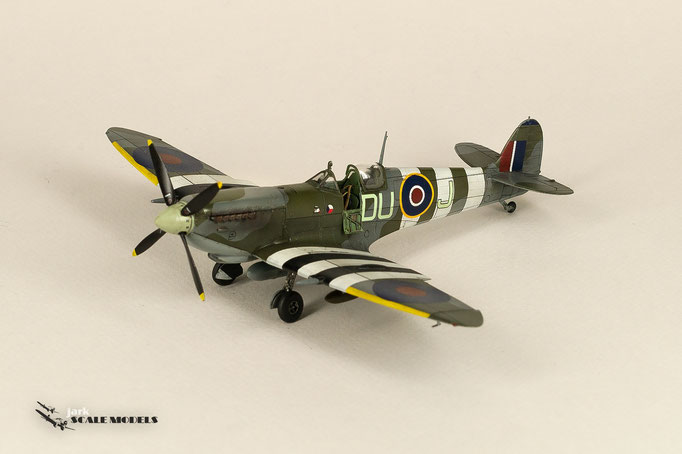 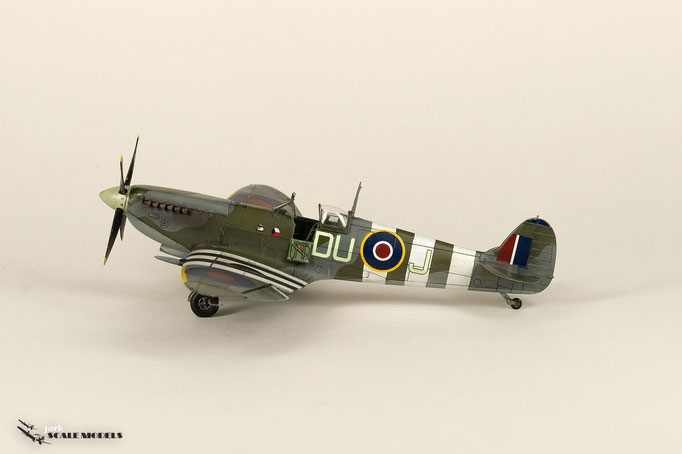 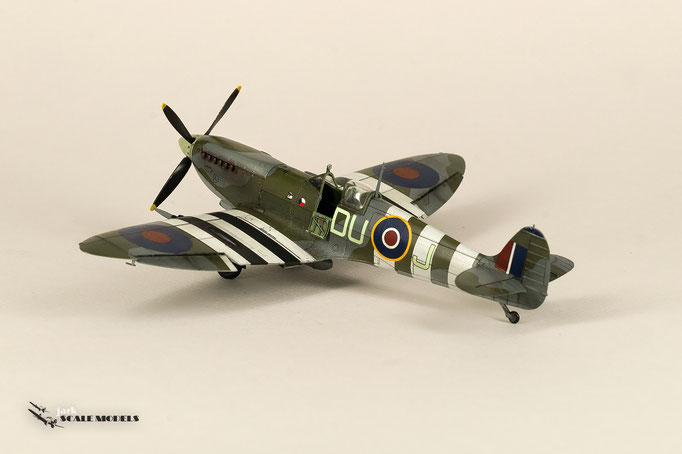 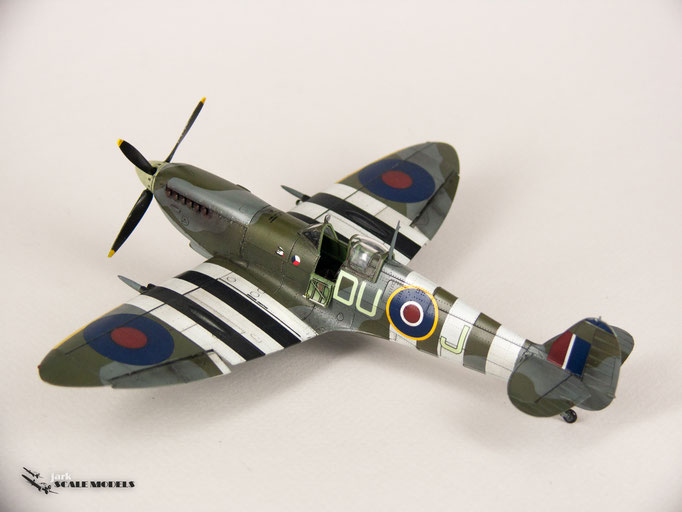 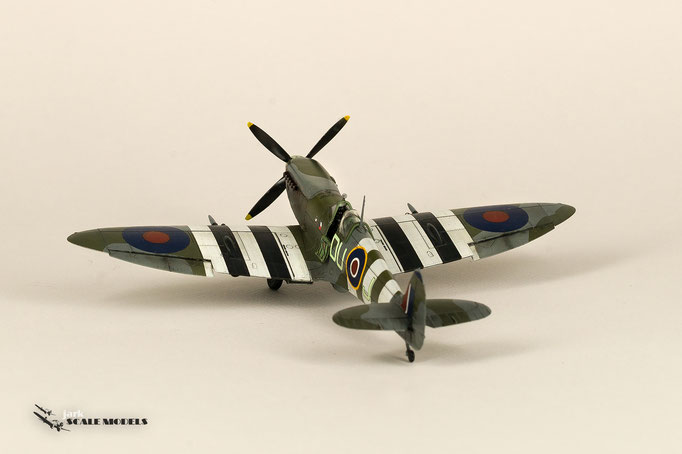 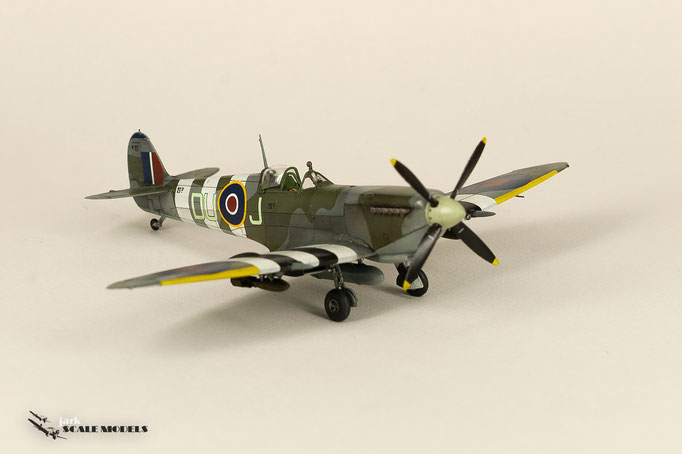 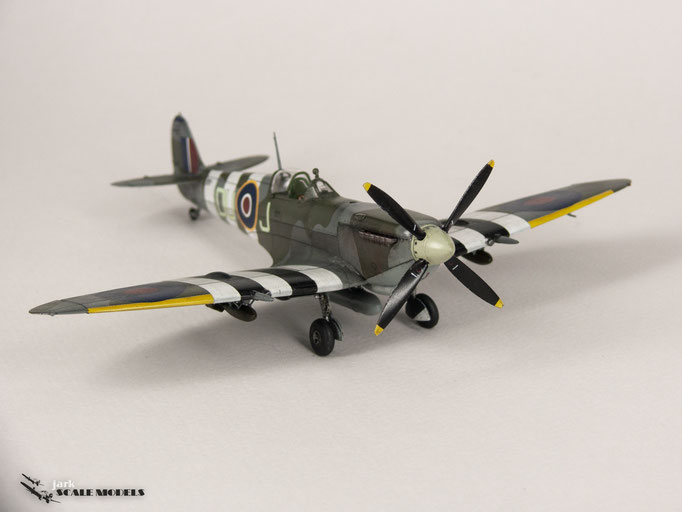 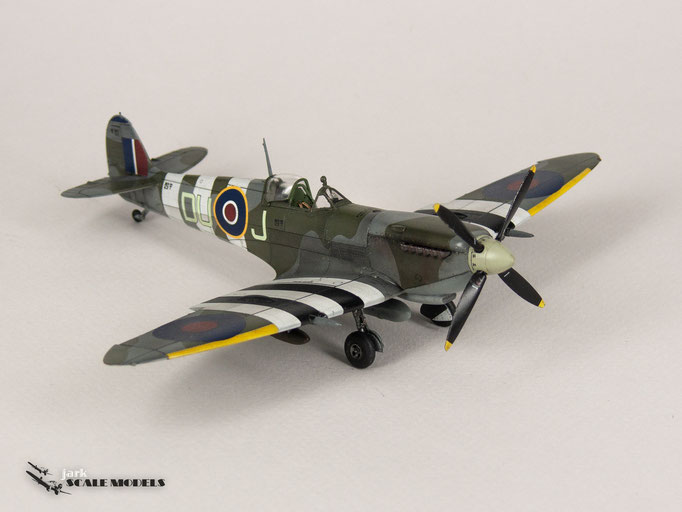 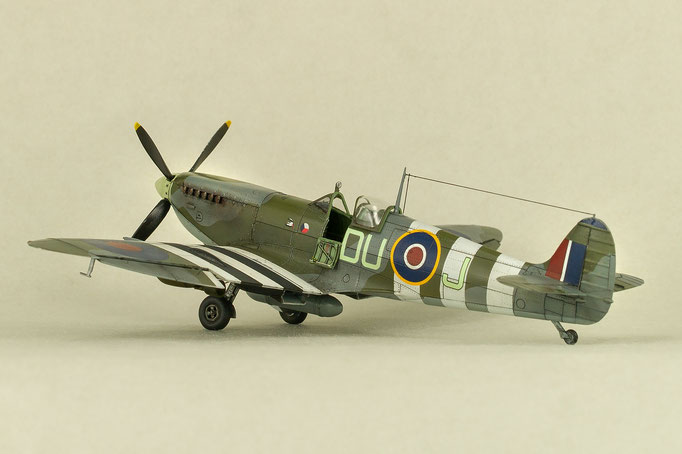 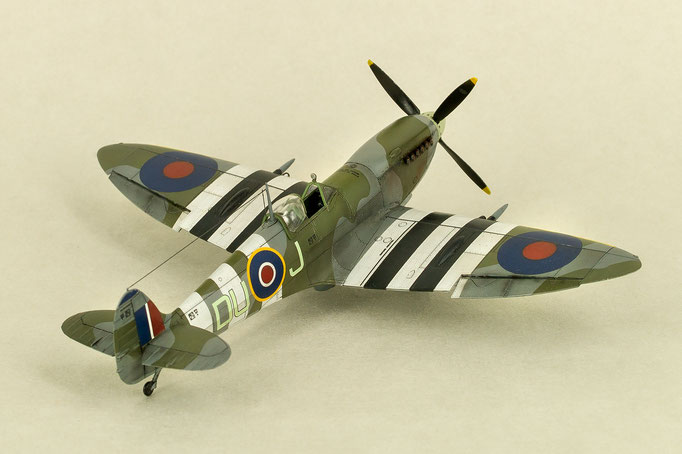 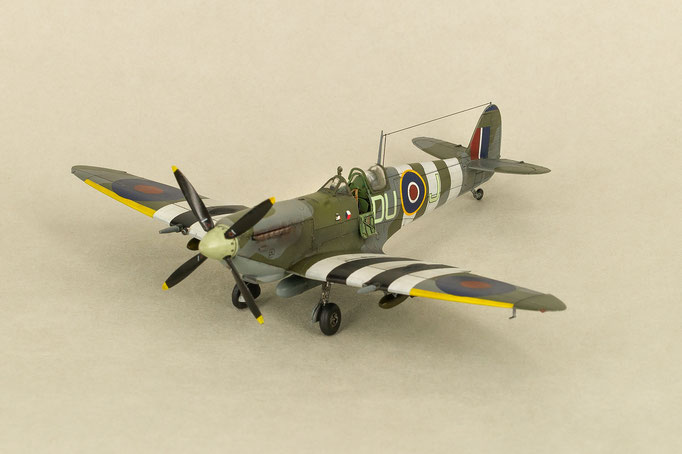 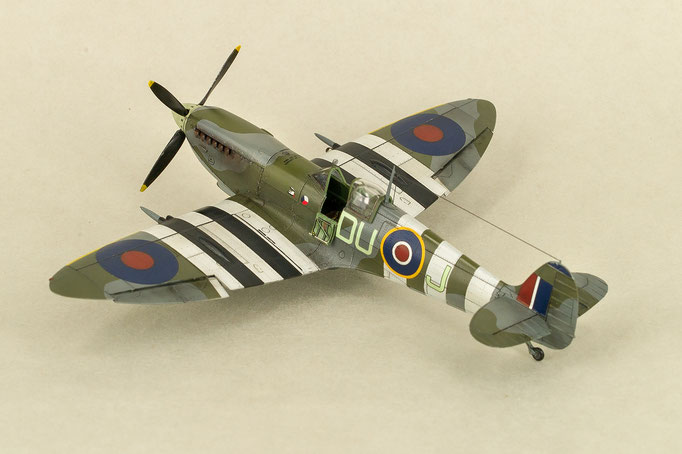 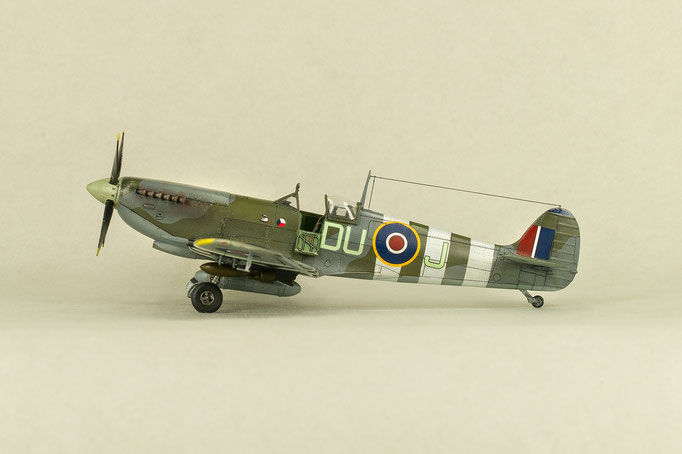 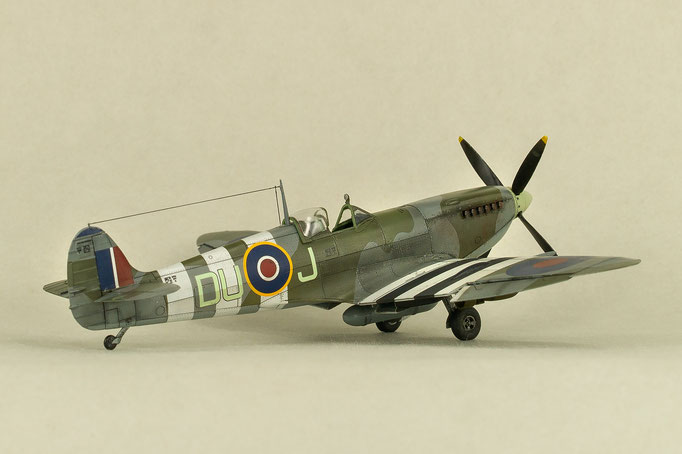 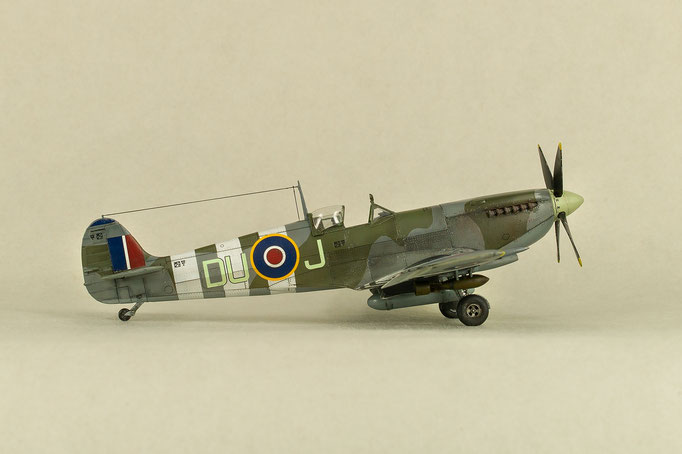 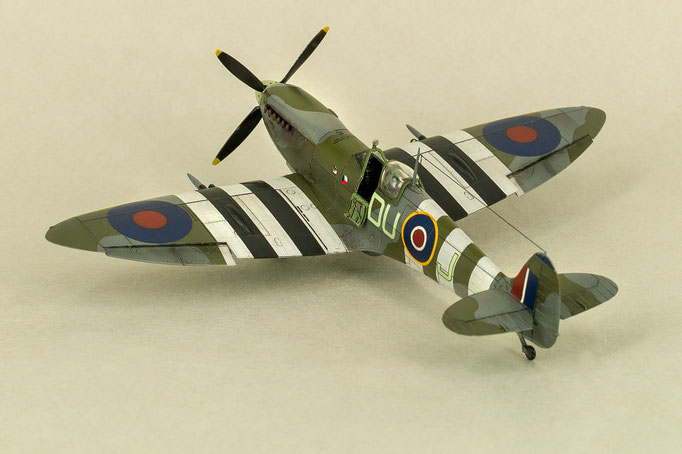