In early 1942, a request was made by the Army General Staff to mount a 128 mm gun on a self-propelled armored chassis and by early 1943, a decision was made to install it on either a Panther or Tiger I chassis as a heavy assault gun. The Panther chassis was considered unsuitable after a wooden mockup of the design was constructed. On 20 October 1943, another wooden mockup was constructed on a Tiger II chassis, and presented to Hitler in East Prussia. Two prototypes were produced: One was a version fitted with the eight-roadwheel Porsche suspension system (Serial Number 305001) and another version was equipped with the Henschel nine-overlapping roadwheel suspension system (Serial Number 305002), as used on the main-production Tiger IIs constructed by Henschel. They were completed in February 1944. It was originally designated as Jagdpanzer VI but was later renamed as the Jagdtiger and received the Sd.Kfz. 186 designation as its inventory ordnance number.

It saw brief service in small numbers from late 1944 up until the end of the war on both the Western and Eastern Front. Although 150 were ordered, only around eighty were produced. Due to an excessive weight and a significantly underpowered drivetrain system, the Jagdtiger was continuously plagued with various mobility and mechanical problems. At present, three Jagdtigers survive in different museums around the world. 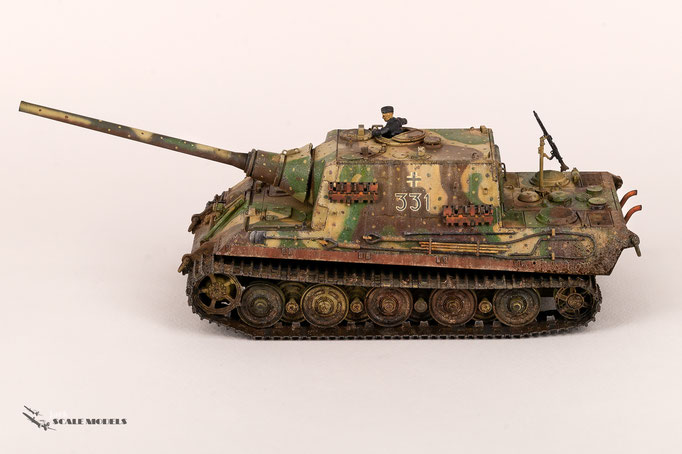 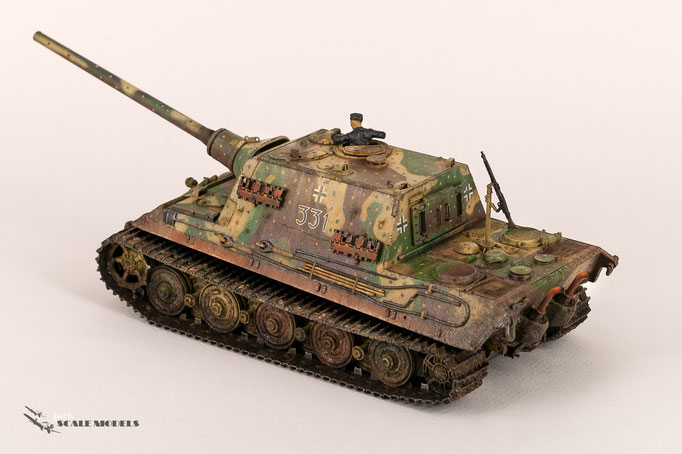 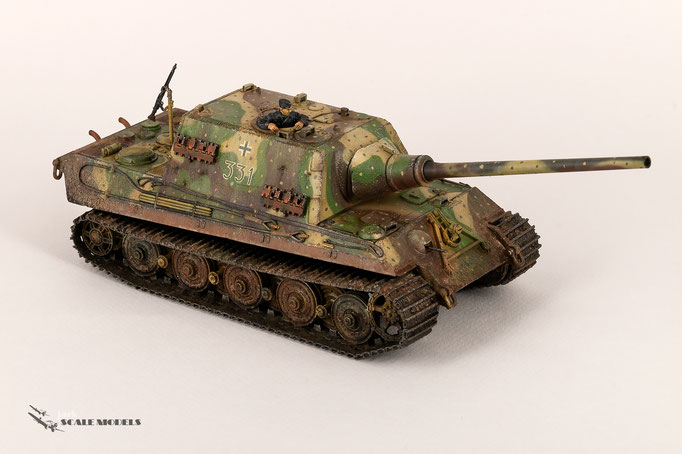 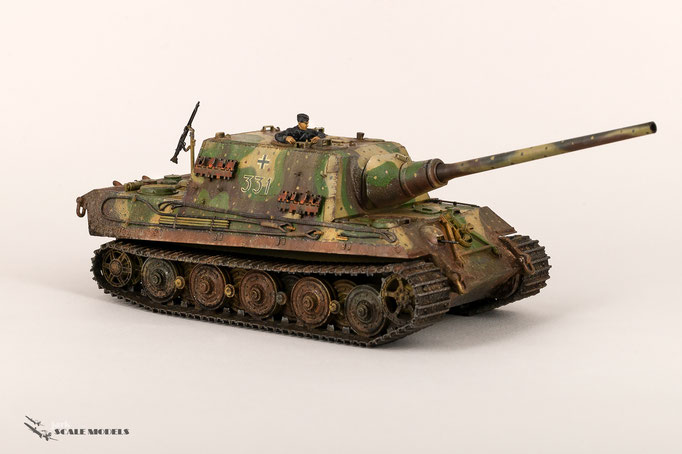 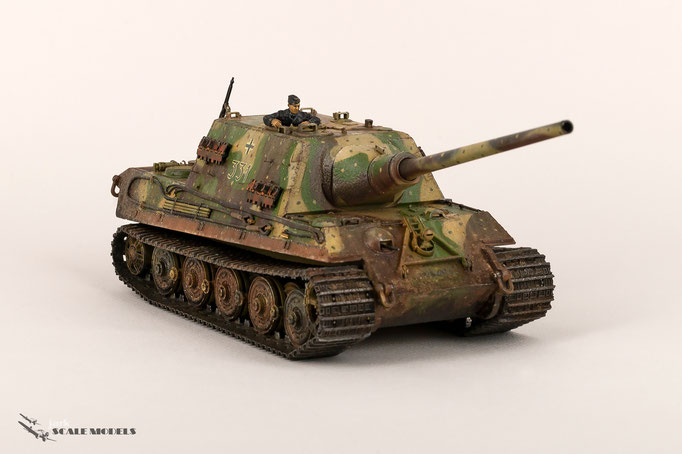 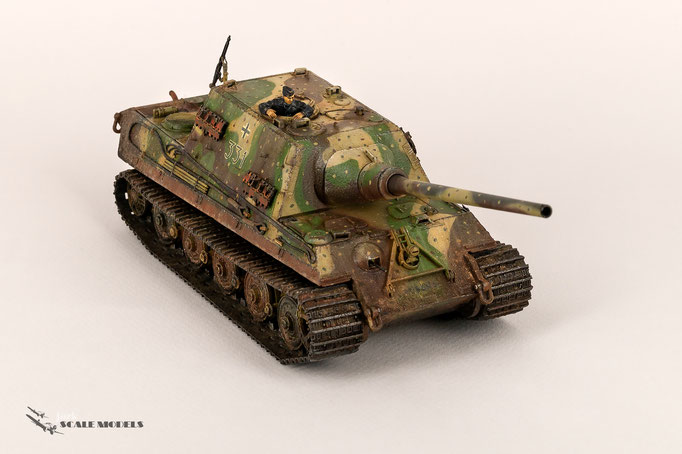 go back to Armour